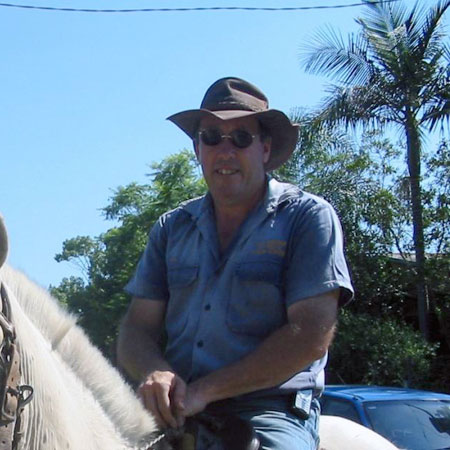 After living on 130 acres at Coffs Harbour for 20 years, Phil Laughton decided full time farming was for him and he made the move to Weetaliba, 164km North East of Dubbo.

Sixteen months ago, Phil purchased 1100 acres to breed sheep and cattle, and while he still has a number of improvements he wants to make to the property, he is very happy.

“I had some cattle when I lived in Coffs but that was only a hobby,” Phil said.

“So far I’m really enjoying the fulltime farm work and hopefully I can continue on with it into the future.”

Phil has recently completed his Diploma in Agriculture through RuralBiz Training, which he believes has helped him immensely especially with his inexperienced background.

“The virtual classroom is great,” he said.

“Being an hour and a half from Dubbo it wouldn’t be that easy for me to drop in for classes etc so being able to do them online suited me.”

Phil believes the Farm Mapping unit he studied as a part of his Diploma of Agriculture has already helped him significantly.

“The previous owner of the place was here for 42 years so he was able to tell me the sizes of each paddock but in some instances he was up to 30% off the mark,” he said.

“The farm mapping was great in helping me establish what I have got and where it is.

“I’ve still got another 400 acres to develop then I will be looking at introducing rotational grazing.”